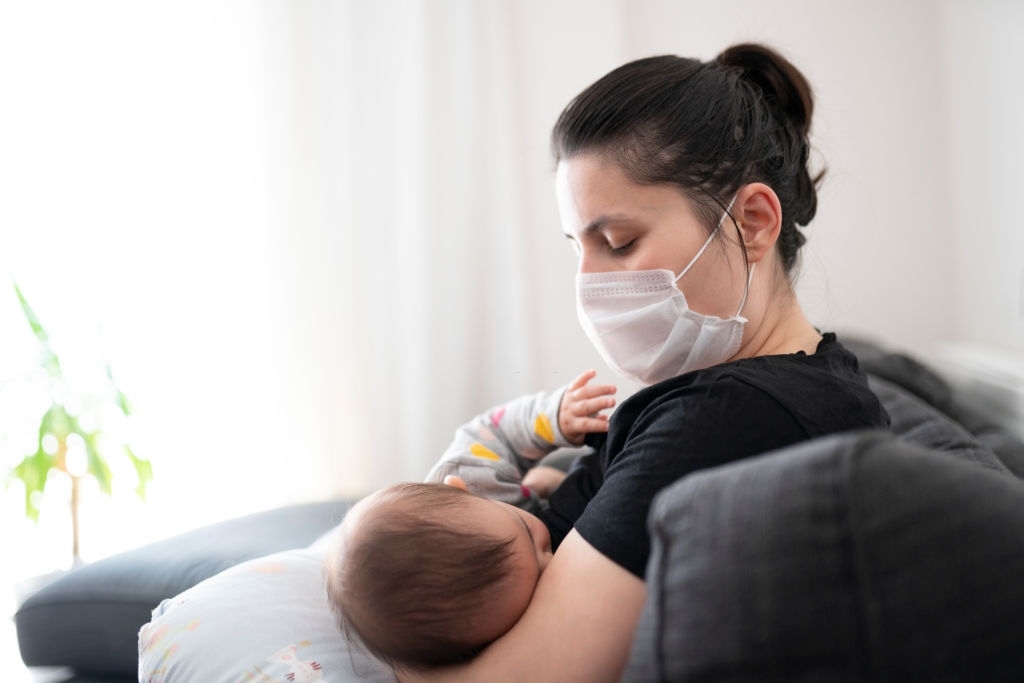 Breast milk can come back after “drying up” if the mother is able to resume breastfeeding. The term Relactation refers to the process of restoring a mother’s milk supply and resuming breastfeeding after nursing has ceased.

Some common symptoms that can let you know that your breast milk is drying up are :

It can be because you have a very low supply of breast milk and that’s why you feel so engorged or that your supply is drying up, but the real problem is the baby not latching correctly onto your breast so that he can get enough breast milk for himself.

If your baby is not latching correctly onto your breast then he will not be able to get enough breast milk for himself and this will lead to him being unsatisfied with his feeding schedule and crying because he does not get enough from what his mother has to offer him during each feeding time.

So, if this happens then you must seek medical advice from a lactation specialist or a breastfeeding counsellor as soon as possible.

What happens when your Breast Milk dries up ?

When milk dries up, it is a common experience for mothers to feel a sense of loss, as if their breasts are empty. In fact, the milk that you produce is not gone; it’s just being drained.

A mother’s breast milk supply will become more depleted over time, and the time required for full regeneration can vary from mother to mother.

The process of relactation can take several weeks to several months, depending on many factors including:

Woman’s age: A baby’s ability to suckle at the breast increases during pregnancy and after birth. The older a woman is when she has her first baby, the less likely she is to be able to breastfeed successfully.

Therefore, lactating mothers who give birth later in life may find that their milk production will decrease more quickly than younger mothers.

In addition, it takes longer for older women’s breasts to return completely back to normal after they stop breastfeeding.

Woman’s health: Illness and stress can affect a woman’s ability to produce milk. In addition, some medications interfere with milk production.

A mother who is seriously ill or taking medication should talk with her doctor about possible changes in her medication regimen so that she can continue breastfeeding as long as possible.

How to get milk supply back after Drying up ?

4 Steps to follow in order to get your milk supply back after drying up.

Try to avoid using the electric pump at night so that you can get better sleep and breastfeed more frequently in the day.

2. If you are breastfeeding, feed your baby as much milk as possible with a bottle or cup. Many mothers find that their milk supply begins to increase when they begin feeding their babies expressed milk from a bottle or cup instead of directly from their breasts.

3. If you feel that your supply is about to dry out completely, then:

a) Get more sleep (especially if you are a night owl); b) Take some time off from work; c) Go see a lactation counsellor or lactation specialist; d) Talk with your doctor about possible changes in medication regimen so that you can continue breastfeeding as long as possible; e) Do some home exercises like massages on your breasts, holding them up high during nursing sessions and self-massage of your breasts by pinching your nipples between your thumb and fingers.

4. If you are breastfeeding, try taking a herbal supplement to boost breast milk production.

How long does it take to Relactate ?

The time it takes to relactate is different for each woman. Many mothers report that it only takes a few weeks to start producing milk again. Some mothers, however, take much longer; some women never relactate .

Why do some women not Relactate ?

There are many reasons why some women do not experience success in relactating. The most common reason is that they are not making enough milk to be able to sustain the mother-infant relationship.

This can be caused by a variety of factors like genetics, age, diet, hormone levels and the health of the baby.

Signs of a successful Relactation

A successful relactation is one in which the mother is able to produce a lot of milk and breastfeed the baby successfully.

The following are some signs that the relactation has been successful:

The mother is able to nurse the baby on demand and breastfeed for a longer period of time than when she stopped breastfeeding.

The mother is able to produce enough milk to sustain the baby’s life.

The mother is able to maintain her own health and well being.

The mother experiences a lot of joy in nursing her baby and feels a sense of fulfilment.

In conclusion, we can say that the process of relactation is possible but it depends on the mother’s ability to resume breastfeeding.

The success rate varies and there are some factors that make this difficult such as age at the time of first delivery or if a woman has had more than one baby before.

In general, though, most women who have been able to breastfeed after giving birth will be able to do so again without any difficulty.

Pregnancy Over 35 and Breastfeeding.